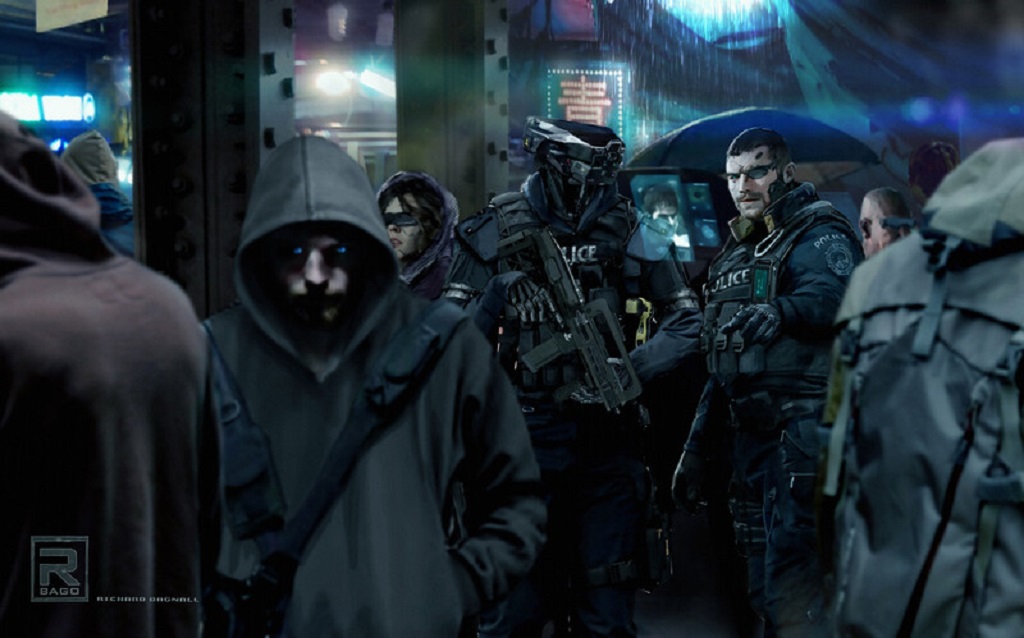 The Future is Then

It may be 2020, but a quick Google search for cyberpunk gives you the year 2077. Projekt Red’s dystopian RPG is surely one of the most anticipated games of the year.

It is especially riding the success of their previous game The Witcher 3 and the more general resurgence of cyberpunk in the cultural zeitgeist.

It should be little surprise that cyberpunk themes and aesthetics have seen such a large proliferation in video games. On a thematic level, with its preoccupation of virtual worlds, hard-boiled protagonists, and giant corporate armies, cyberpunk is the perfect genre for a game-setting.

On top of that, it has an easily recognisable aesthetic – perhaps too easily recognisable. When the trailer for Cyberpunk 2077 hit, William Gibson took to Twitter and described it as, “GTA skinned-over with a generic 80s retro-future, but hey, that’s just me.”

One only has to look at a single shot of Blade Runner to have a clear indication for the kind of world Deckard and the replicants inhabit. Yet, without its story and characters, the film would merely be a series of empty images, which is what Gibson accused the Cyberpunk 2077 cinematic trailer of.

Whether Gibson turns out to be correct or not about Cyberpunk 2077, his phrasing of “80s retro-future” is apt. Nostalgia is one of the modern driving forces of mass media, especially for the 80s. From Stranger Things to Blade Runner 2049, or the recycling of Star Wars by Disney, the past is very much present – for as long as it remains profitable.

In her book On Photography, Susan Sontag wrote:

Although images from video games and movies cannot be said to be photographs in the traditional sense, they are still images that can be seen and shared. Fittingly, the dichotomy of cyberpunk now lies in it being a “retro-future”. It is imagining the future while channeling the recent past.

This is unlike many of the other “punk” subgenres, like the Fallout series’ 1950s post-apocalyptic raypunk, or the 1930s dieselpunk aesthetic in Bioshock’s underwater Rapture. While these styles capitalise on the aesthetics of their time period, they are presented as alternate histories. Cyberpunk settings are by definition set in a dystopian near-future.

Perhaps a reason for cyberpunk’s proliferation in our hyper-imaged digital world is due to its strong nostalgic aesthetic, but I think it goes deeper than that. Cyberpunk is relevant because it is concerned with the crossover between the physical and digital world.

As I discussed in my last blog post, cyberpunk’s emergence in the 1980s was due to a confluence of cultural and historical influence. Authors like William Gibson capitalised on that zeitgeist, while also coining some key terminology. As Zach Baron wrote in a 2014 GQ piece on Gibson:

“We have Neuromancer to thank for making ubiquitous the word cyberspace, which Gibson described as ‘a consensual hallucination’—still maybe the best description of whatever it is we now spend most of our days doing.”

Baron’s assessment is apt. If there is one fundamental connection between the future imagined in Neuromancer and our own time now, it is this “consensual hallucination”. Gibson imagined it as a visual realm that users jacked into, for us it’s a portable screen that can communicate, entertain, and inform – at least in theory.

Without getting into a discussion about the current state of the Internet, with all its fake news and deepfakes, it is clear that rather than enlightening through information, the Internet’s sheer amount of data is having a distorting effect on society’s collective sense of reality.

This is altogether a different kind of simulation that is depicted in Neuromancer or The Matrix – one informed by language and image. Broadly, we do not need a simulated virtual reality in order for our sense of reality to get twisted.

Of course, cyberpunk is not concerned with technology used in good faith, more how it is exploited either in, or to create, a dystopian setting. This is the entire premise of Black Mirror, the main difference being the present day setting; the show explores the terrifying potential of technology now. It is entirely for this reason why Black Mirror is not cyberpunk – there may be some crossover themes, but it does not have the style.

It would be easy to pin cyberpunk’s resurgence solely on the same nostalgic factor that powers cultural giants like Star Wars or Ghostbusters. Certainly one can see Blade Runner 2049’s release as Hollywood capitalising on this “old made new” trend, due to it being a cultural touchstone with an iconic aesthetic. However, there may be more complex influences at play. Writing for marketing website Mediavision, Bridgest Hoepner states:

“In an age of such fast technological advancements, particularly in the way we communicate, the past is a safe haven of familiarity and comfort and we can readily find examples of nostalgic elements in our digital lifestyles.”

To put it more cynically, nostalgia on social media is a response to the alienation elicited by those very platforms. Cyberpunk is a genre which deals fundamentally with how alienation is driven by misused technology.

So, an image on social media depicting some neon-lit dystopian cityscape may have some nostalgic element as a piece of “retro-future”, but it still remains an aesthetic of alienation.