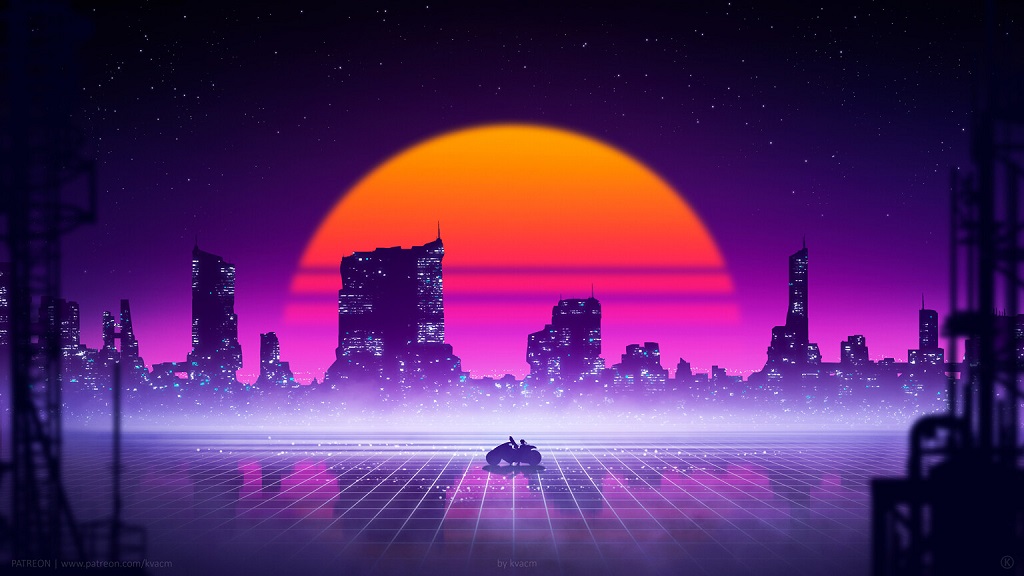 Maybe it’s just me, but synthwave seems to be everywhere. At least, in my alternative electronic bubble it does. It’s most ubiquitous in the soundtracks of films and video games. It’s possible that you’ve heard it without even realising. Many critics point to Nicholas Refn’s Drive as having given synthwave widespread attention. “The film,” writes Aaron Vehling, “and its key player — the music — have defied mainstream culture’s ephemeral shelf-life and are still viable today.”

The music, with its airy, detached intensity, perfectly scores a retro-future aesthetic. Sometimes, as with the Stranger Things theme, the effect is merely retro. Heavily influenced by such classic soundtracks to films like Blade Runner, Terminator and many John Carpenter movies, synthwave is irrevocably tied to science fiction, and even horror once you slip into darksynth. To be more specific though, due to the 80s time period, really it’s cyberpunk that is the visual association to synthwave’s soundscape.

However, this article is not actually about synthwave. I wanted to use this soapbox to talk about some modern albums that I believe soundtrack, in their own way, aspects of cyberpunk. Whether this be in the style of the music itself, or a combination of style and lyrical themes.

Starting off with German DJ and producer Helena Hauff, her 2019 album Qualm is an excellent symbiosis of old and new. As a producer, Hauff is known for using only analogue synthesizers to create her sound. And yet, her music is not an exercise in nostalgia. Imagine classic Tangerine Dream with a drum machine and a desire to break soundsystems, and you might have an idea. Hauf excels at the kind of techno that borders on industrial without ever really spilling over into that genre. Some tracks, such as the opener Barrow Boot Boys, comprise of layered distorted rhythms that only bring in that familiar synth sound towards the end.

What makes this album special in my mind is how all of its elements are familiar, yet they are combined in such a way to feel fresh and even futuristic. The atmosphere is often claustrophobic, but this is more because Hauf is adept at creating space and then filling it. Unlike more “ordinary techno”, the beats rarely stay the same for too long. This is maximal, rather than minimal.

The album’s highlights have to be the central double-punch of “Hyper-Intelligent Genetically Enriched Cyborg” (come on, how cyberpunk is that title?) and “The Smell of Suds and Steel”. Both are lengthier tracks. The former features more punchy, immediate synths and beats that ricochet along the track’s length. It’s expertly controlled chaos that never lets up for a moment despite sounding like it may fall apart at any moment. “Suds and Steel” on the other hand is a slow burn by comparison, where the synths create a drone that gathers momentum and intensity throughout its eight minute runtime. 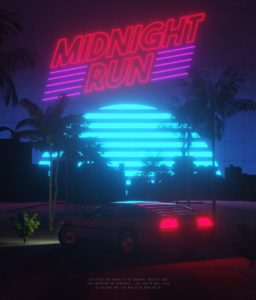 Alienation, polluted city sprawls, drug abuse, sex, love, climate anxiety, the broken and the beautiful. These are the themes covered by St. Vincent in her fifth album. Filled with her angular, nervous guitar and washes of pop synths, this is the record where Annie Clark embraced the guise of freakish pop star, a role she’d been working up to for years now.

Masseducation is a city based record split between Los Angeles and New York. It captures that frenetic and desperate feeling of living in a packed urban environment. The songs are filled with twitchy, anxious energy or are lonely and beautiful. Writing for Pitchfork, Katherine St. Asaph described Masseduction as “despair as a neon marquee.” I cannot imagine a better description for the cyberpunk genre either.

The sound blends the organic and synthetic. On one hand there’s “Los Ageless”, which begins with an irresistible hook led by a dirty keyboard, before collapsing into a soft-spoken monologue for the last two minutes. Then there’s “Slow Disco”, which is possibly the least disco-like song to ever have the word “disco” featured in its title.” It’s more like a swan song for an old movie, with lyrics once again channeling a beautiful isolation.

For me, the combination of detached, angular pop and cutting lyrics holds up a mirror to urban living. Masseduction has this reach to it, like it’s trying to stretch beyond grime, sex and tragedy towards love, connection and empathy; ideals that would be so easily met if it weren’t for the weight of life.

Paula Temple – Edge of Everything

Returning to techno, but in a different vein to Helena Hauff. Paula Temple is a Berlin based DJ and Edge of Everything was her debut album, released after almost a decade in the scene. Personally, I think techno is best when it sounds like I’m dancing inside a dying supercomputer, and this record isn’t too far off that.

Rather than a sound that’s retro, but with updated production techniques, Edge of Everything is futuristic and angry. There are times on tracks like “Quantum Unfolding” and “Futures Betrayed” when the beats pound like machine guns beneath siren-like synths. It’s not all full on industrial techno, however. Temple’s breakdowns are both-parts eerie and ethereal. Unlike the close intensity found in Qualm, Edge of Everything has a great deal of space. Instead of feeling like you’re part of the machine, there’s often a distant sensation. “Nicole” for instance is pure ambience, and gives me images of floating above a giant, dark city.

I find it amazing how title choice affects the emotional impact of a track. Take “Raging Earth” for instance, which begins with a deep synth drone before building to a dramatic climax. The sound is one of slow dread, as if the music is taking on the persona of the dying Earth itself.

If I were to draw a distinction between techno and synthwave, it’s in their relationship with retro. Techno has been around for a while, but has always moved with the times, and responded to improvements in production technology. Even Helena Hauff’s use of analogue synths feels modern. Synthwave on the other hand is a celebration of nostalgia. There is an infectious excitement to it. Perhaps that’s why it’s popular right now, it has a sense of possibility.

albums
Just how bad are things gonna get?