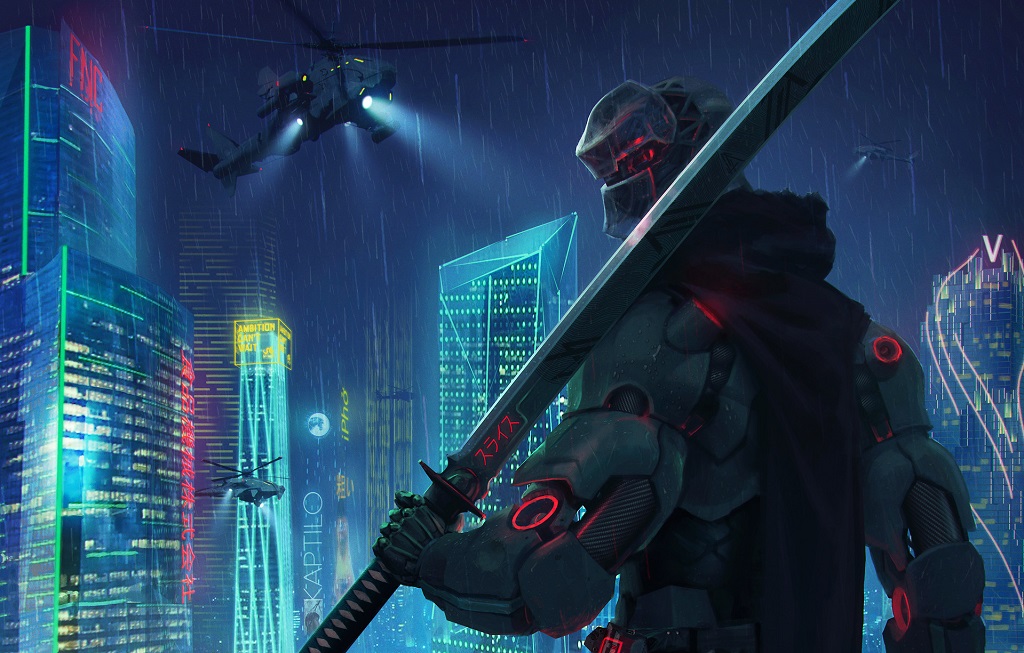 Published in the Socialist Review in 1985, Donna Hathaway’s Cyborg Manifesto is recognised as a formative work for posthuman thought. While it focused on several topics, a key overarching idea is a conceptualising of the cyborg as a means to realise ‘the utopian dream of the hope for a monstrous world without gender.’

However, as Haraway makes clear in the opening quotation, gender is not her only concern. In the most violent analogy possible she situates the line between ‘organism and machine’ as a ‘border war’, one fought on a conceptual, as well as a physical, level.

It is common in modern Western thought to deal in dichotomies. This tendency goes as far back as the beginning of Western philosophy. Plato held our shadowy plane up against the world of pure forms and found the former lacking. Moreover, Hegel wrote about the dialectic – which saw historical process as the constant conflict between opposing forces. This was developed further by Marx, who brought the dialectic into the political and economic realities of 19th Century capitalism.

The relevance of the cyborg to this ongoing Western preoccupation with dichotomies is that it blurs the line between organism and machine. For some, this is a nightmarish idea, but for Haraway, the cyborg is a myth of the future with utopian potential. As John Semley put it,

“The cyborg and cyberpunk both dream of new futures, new social relationships, new bodies, and whole new categories of conceptions and ways of being.”

The cyborg is cyberpunk’s avatar. It encapsulates this meeting point between the human and the mechanical. Furthermore, it suggests our physical mutability, foregoing the supposed sanctity of the human form. This is one way to explain cyberpunk’s radical potential.

What is interesting about Semley’s quote is that the title of the article is ‘Cyberpunk is Dead’, which may seem like a contradictory statement considering the glut of cyberpunk material still being released.

But it is exactly this proliferation that Semley argues is the cause of cyberpunk’s decline, as its popularity has undermined its original subversity:

“Where early cyberpunk offerings rooted through the scrap heap of genre, history, and futurist prognostication to cobble together a genre that felt vital and original, its modern iterations have recourse only to the canon of cyberpunk itself, smashing together tropes, clichés, and old-hat ideas that […] feel pathetically unoriginal.”

What Semley characterises here is true for a lot of innovative movements in art – they begin as fresh and vital responses to the zeitgeist, but once a recognisable iconography is formed, later iterations become self-referential.

This can be seen in Blade Runner and its 2049 sequel. The original created a previously unseen aesthetic, while 2049 updated the visuals, but this time in CGI.

Blade Runner is an interesting example because it is so definitive for the genre. Aesthetic aside, is there anything radical about its plot or themes? First of all, its protagonist is a bounty hunter working for the police and its outsider figures, the replicants, are ambiguous antagonists.

Early on, they are presented to the viewer as dangerous killing machines, but as the plot progresses they become more relatable. They are conscious beings made to look exactly like humans, but born as slaves with an artificial lifespan.

This begs the question, are they remorseless killers only out of necessity? In the case of Rutger Hauer’s Roy Batty, there is at least one instance where he murders out of revenge. However, that instance is given an ironic element, as the person murdered is Batty’s own creator, Tyrell.

There is also, of course, the final confrontation in the rain, where Batty saves Deckard’s life and delivers the now iconic speech that affirms the replicant’s life as a thinking and feeling being. Yet, this affirmation is given in his last moments of life. Boiled down to its thematic essence, this arc affirms little more than, “Slaves are people too.”

Blade Runner’s replicants are unlike the idea of the cyborg, as they serve a different purpose. Despite their genetic advantages over regular humans, they are reminders of the human potential for cruelty, in creating and enslaving conscious beings.

Tying in the recurring theme of corporate power, as these replicants are produced by the Tyrrel Corporation, they are therefore ‘owned’.

But Blade Runner does not focus much on this power structure. The company’s owner may get killed in his own luxury home, but it’s not an act of rebellion – something more akin to Frankenstein being slain by his monster.

In a way, Blade Runner is much closer to its noir influence than later iterations of cyberpunk. The stakes are always personal and in the end, even with the emotional catharsis in Rutger Hauer’s ‘Tears in Rain’ speech, the status quo remains unchanged.

So far what we’ve broadly discussed is the concept of the cyborg’s inherent transgressiveness and how Blade Runner, despite being a blueprint for cyberpunk’s aesthetics, falls short of realising this transgressive potential. Another crucial missing element is the exploration of virtual spaces – the Gibson penned cyberspace.

Often in cyberpunk stories, the physical world presented is oppressive and dangerous. Furthermore, it is one of limitations, which are eliminated by entering into the virtual world.

Notably, we can consider Neuromancer and its protagonist, Case, who begins the novel with his ability to access cyberspace forcibly removed. Gibson describes Case as one ‘who’d lived for the bodiless exultation of cyberspace,’ and that to live without it ‘was the Fall.’

Cyberspace is presented as a means of liberation – both in a physical sense and on a narrative level. When interacting with this virtual world Case is able to hack corporations and other powerful real-world entities. Not only that, but the AI Wintermute, as much an owned intelligence as the replicants, is able to break free from its prison.

Cyberpunk very much introduced general audiences to the ‘hacker-hero’. An individual that manipulates technology to achieve their goals. It is this individuality though that is potentially part of the problem. Anna McFarlane wrote about how punk, and thus cyberpunk, emerged concurrently to the rise of neoliberalism:

“While the punks protested against middle-class, bourgeois respectability and its vanilla cultural symbols, the punk spirit had no discernible goal or political influence over the societies it rocked. This criticism has, in some cases, gone so far as to put punk into the continued neoliberal tradition of individualism, an individualism that is co-opted and reincorporated into the system it claims to protest.”

More specific criticism about cyberpunk is that within its narratives ‘liberation and oppression are two sides of the same coin’ and that ‘there is no hope for large, structural change.’ Use of the word ‘hope’ is interesting, because if a setting is one where societal change is impossible, then how characters engage with hope becomes key.

When we think of a punk spirit, it’s the will to fight against systematic oppression – regardless of how hopeless that conflict may be. The ‘cyber’ element also displays two sides of a coin, which is the use of technology to either oppress or liberate.

Cyberpunk is a site of conceptual conflict, but often the stories resolve without a clear victory for one side at the expense of the other. Instead they deal in ambiguity. This returns us to the cyborg, which also blends two opposing forces together: the machine and the human. Really, the only way to keep cyberpunk as punk is to double down on this boundary breaking potential.

Even moreso, much in the same way as punk communities stand up for those marginalised because of race, sexuality, or gender, cyberpunk should do the same. Their narratives may feature unbeatable corporations, but there is still humanity in the machine.

cyborgs
Just how bad are things gonna get?

Don’t like signing up to stuff? No problem: just send us an email at press@cyberpunkdreams.com and we’ll see what we can do.